Today was a full day, that started with a ride to North Kaneshi to the workshop and home of David Amoo, former artistic director of The Nationa Dance Company of Ghana who, since retiring from that position, now builds drums and sets.

David Amoo described how the many areas of Ghana have a variety of their own instruments because of the trees and vegetation found in the specific locations. For example, larger trees, mean larger drums, and no trees, often man that calabash are used for instruments. David showed us the basic steps of how a Sogo is made from start to finish, describing the process of starting with raw wood, to carving the drum and on to scraping and softening antelope skin and then attaching and tuning the head. 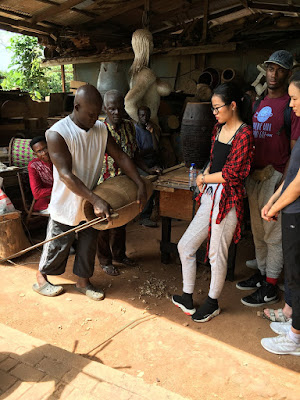 Jude Spencer '21 writes about his experience

Walking in through the gate, there was a huge pile of drums with no heads beside workbenches. There were fruit and palm trees, an old van, and lots of set pieces. There was even a sculpture of a woman who David said was his wife. There were animals running around the yard, like kittens, dogs, and chickens, but also people were coming in and out, observing what David was telling us. Some seemed to be bringing or borrowing supplies. It felt very homey and relaxed, without removing the feeling of it being a workplace.

I noticed that David and his brother Obroni, who made the drums, were so skilled that the making of the drums had rhythm. David sort of confirmed this by replicating the sounds that were made when Obroni and Jacob tune the drums. 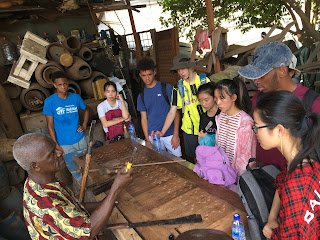 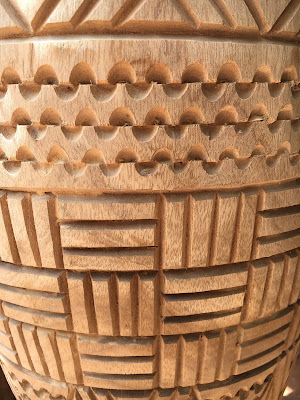 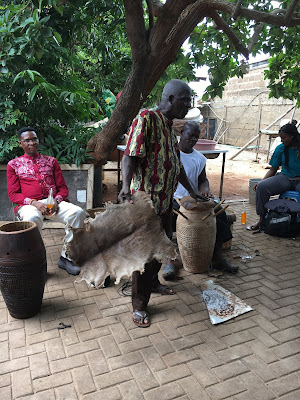 Emily Pham '20 describes her experience with the National Dance Company this afternoon:

We ventured out to the National Theater in the afternoon, where David used to work as artistic director of the Ghana National Dance Company. The air went electric as soon as they stepped foot into the dance studio. There was lightness and agility in their unique movements and it really changed my perception of how dance can look like, aside from hip hop and ballet. It is not an exaggeration when I say that half the time they were floating above ground; and not only were they dancing, the ensemble also incorporated a mixture of singing and playing instruments. The three elements came together in a euphoric fashion that really made the energy palpable for the audience. We were later on invited down to join the dancers and not only were they welcoming, but their enthusiasm also made the experience worthwhile instead of me having to focus on keeping up. Ultimately, it was really interesting to see what dances were deemed “traditional” and “contemporary” in Ghana’s cultural context. 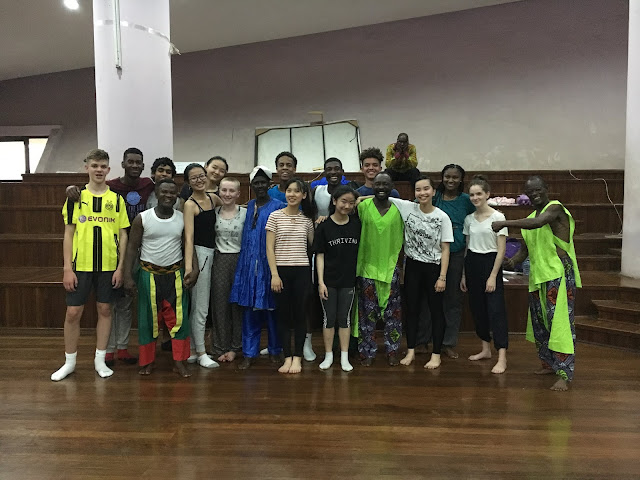 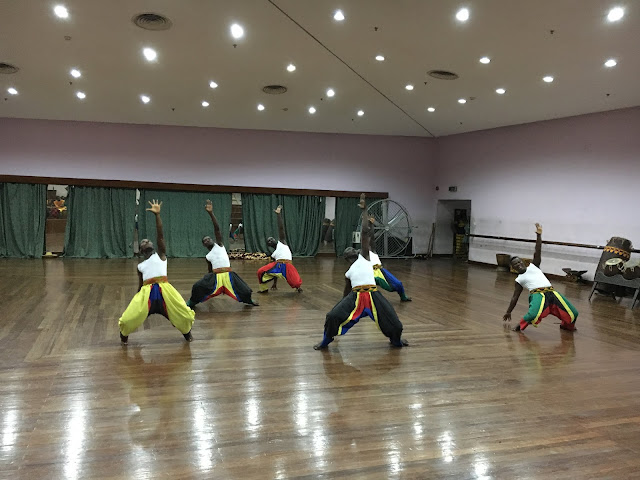 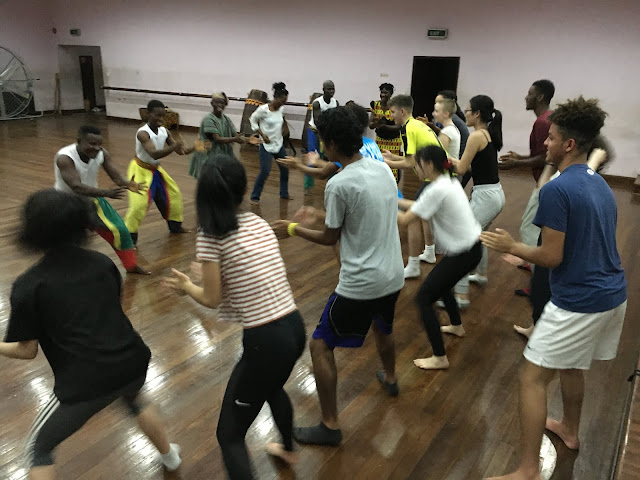 NEXT UP: Tomorrow we board a bus and head to Dagbe Cultural Center in the Volta Region.