Off to Toronto! And the World Individual Debate and Public Speaking Championships. 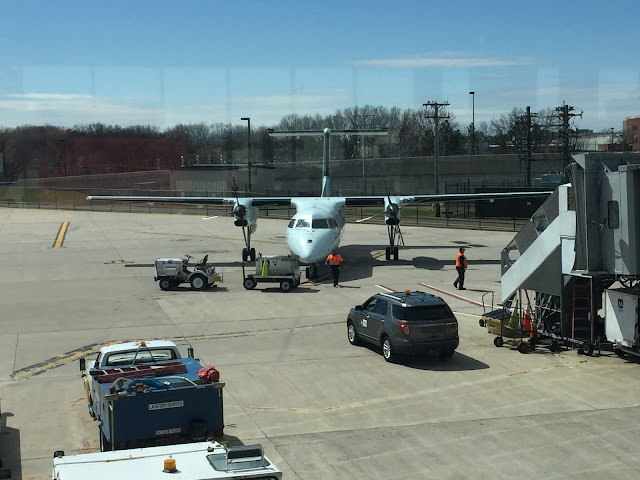 Our first flight was canceled, and the plane for our second flight was a little late. It was also a little plane, as you can see above. Still, it was fun to fly in something driven by propellers. We learned that it is less tiring to travel to Toronto, Canada on a tiny plane that's really only an hour late, than it is to get to Capetown. Hey! It's still Thursday!


The food is different too. No Marmite in sight at the spread for the opening reception. 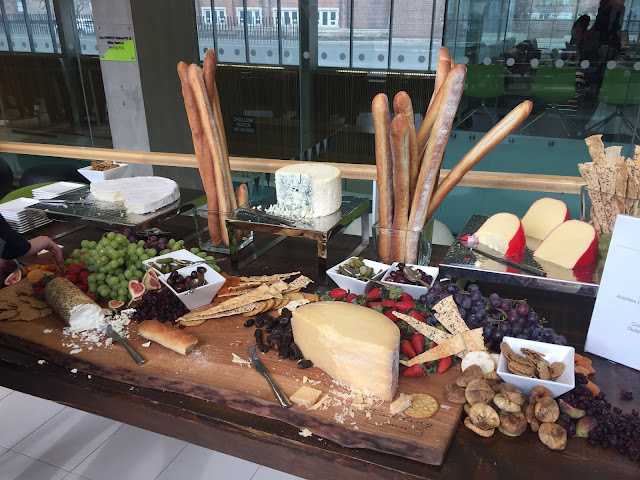 The SWAG was a little different as well. 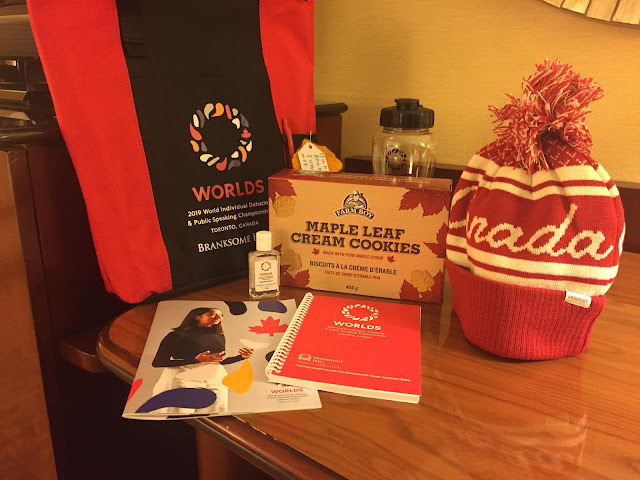 The real fun starts tomorrow, as Patrick Rochford, '19 gears up for three rounds of speaking events. And I get to judge.

More at the end of tomorrow's action.