As our trip came to a close, we spent our last two days in Hong Kong. Hong Kong, a beautiful city in China, was a British Colony for most of the 19th century and also part of of the 18th century. It is now a part of China despite having to go through immigration (customs) to enter the region. With British and Chinese influence, Hong Kong is a very unique place. For example, in Hong Kong people speak both English and Chinese (Mandarin and Cantonese). Currently it is Hong Kong’s rainy season. Its temperate  climate makes for a lot of humidity and rain. We were lucky our two days in Hong Kong were sunny and dry.
Our first day in Hong Kong, we drove a bus to Shenzhen where we were met with long shuttle lines and many people trying to enter Hong Kong. As the Dragon Boat Festival was that weekend, many wanted to spend their holiday season in Hong Kong. After an over two hour wait, we drove to Kowloon, a district in Hong Kong. On our way there, many of us noticed that the car's steering wheel was on the right side. As many people like to call it, the British way. After lodging at the Oriental Lander Hotel, we walked to our rooms that were smaller and about half the size of an average room in Crossley dormitory. Having stayed in a suite (comparatively) in Shenzhen, we were explained how the property value and cost of living in Hong Kong was one of the most expensive in the World. After meeting our tour guide, Benny, we went to Hong Kong island and drove up to Victoria’s Peak. At Victoria’s Peak, there was a shopping center with both high-end stores and affordable clothing. Many students enjoyed being in the first city in China that allowed many to use their credit cards. Others were relieved that they could use English to communicate with people. All of us were amazed by the spectacular view when we reached the top of Victoria’s Peak. We could see all of Hong Kong Island and parts of Kowloon. After our free time at Victoria’s peak we made our way back down to the island. We were on our way to dinner where we were met by one of our Trustees, Justin Wai. 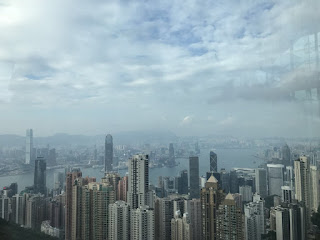 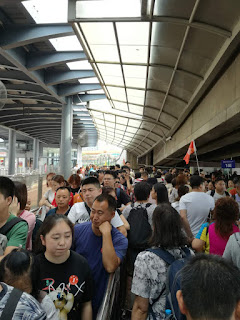 Justin Wai, a native of Hong Kong, went to NMH for four years and graduated in 2002. He then went to Cornell University and is now working at BlackStone in the greater China region. He invited us to enjoy a spectacular dinner at the Ding Kai Feng restaurant. From what I saw, our entire group enjoyed the Soup Dumplings. A very hospitable and welcoming host, we had very good dinner conversations about his experiences at NMH and about Hong Kong. I had the pleasure of sitting next to him and getting to know him better. After our dinner, he took us to the MTR, Hong Kong’s Subway System. As many people on the trip may know, I (Melvin) am fascinated and in love with trains. Walking into the train station Justin guided us through purchasing tickets and then took us to the train. We were met with a modern, bright, and efficient train system, unlike anything in the United States. There are glass doors to stop people from going into the tracks, the trains are quiet compared to the United States, and very clean. We took the Blue Line and then the Red Line to Prince Edwards Station. Along the way we parted ways with Justin. After getting off the train we got a little lost walking back to our hotel, but made it back safely. Afterwards we enjoyed some rest to prepare for our last day in Hong Kong. 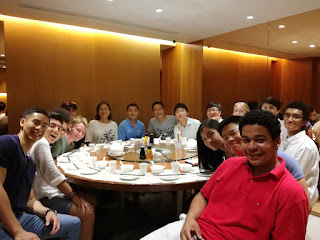 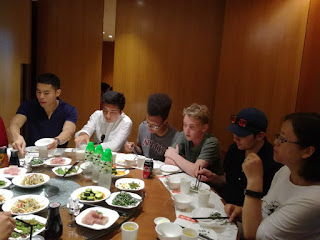 We enjoyed our last day in Hong Kong with a trip to see the Big Buddha. We took the NgongPing 360 up to where the big Buddha was located. Most of us thought it was a short Gondola ride, but it stretched over beautiful mountainous views. We could see the airport perfectly, the district and the nice water. Despite the view, many were afraid of the height of the gondola. Hank for example, was very scared the whole way, he closed his eyes and longed for it to be over. Once at the site, we walked to the Big Buddha. We walked through 12 famous generals that represent each animal of the Chinese Zodiac. We looked for the snake, horse, and dragon generals as all of us were either 2000, 2001, or 2002. After walking past it, we made our way towards the Big Buddha Shakayamuni. The steps were a bit steep, but it was nothing we had not done before. When we reached the top, it was a little foggy but there was a beautiful view of other mountains and rivers in the area. We saw many praying at the top and walked in a refreshing breeze. After the Buddha we took the Gondola ride back and then drove to Kowloon for our last destination, Ladies Street. 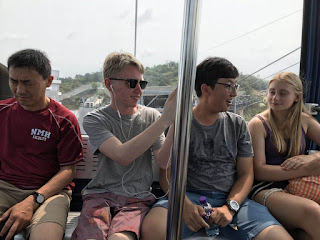 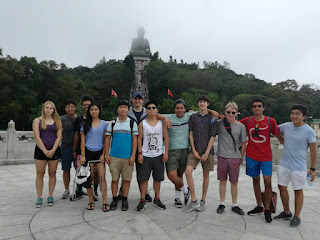 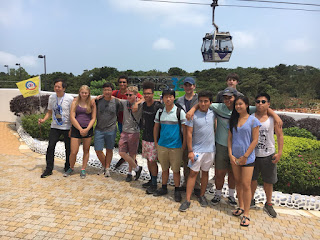 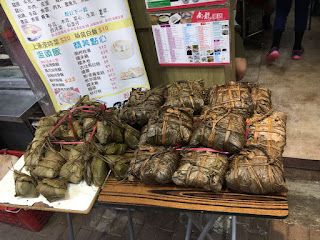 At the end of the day, we went to Ladies Street and had some free time. It was just like every other market that we had been to. Just as crowded and lively. This one was less like the one in Beijing in that it was made by tarps and not indoors. This was the highlight of my trip (Ethan), partly because, Hong Kong has been my favorite place to visit and I love to bargain with  the venders, although I am not very good at it. After walking around the street we went to get some bubble tea and walked around some of the retail stores, like Adidas and Forever 21. It was a very good way to end our trip. To conclude the trip, we had our last dinner and got an interesting sight: Next to our table, there was a tank with king crabs, lobsters, sea snails, and fish. We got to see a King Crab deface and eat a live lobster. It was a free episode of Animal Planet at our footstep. As a city boy, I don’t frequently see a true take its course, and of course it was mesmerizing. Afterwards, we went back to the hotel and packed to part our ways. It was an overall great trip! Thank you to everyone who helped organize the trip and for making our experience in China truly amazing!