Our whirlwind week in South Africa is coming to an end. So to recount the events of the last two days...

Friday began with the announcements of those speakers who had made the finals in each of the five events. In case you've forgotten, these are: Debate, Impromptu Speaking, Interpretive Reading and After Dinner or Persuasive Speech. While team USA had excellent representation, neither Patrick or Ellery qualified for these rounds. One had an opportunity to see excellent speaking, or even the chance to take a break from the competition and watch some youngsters learn the art of cricket. 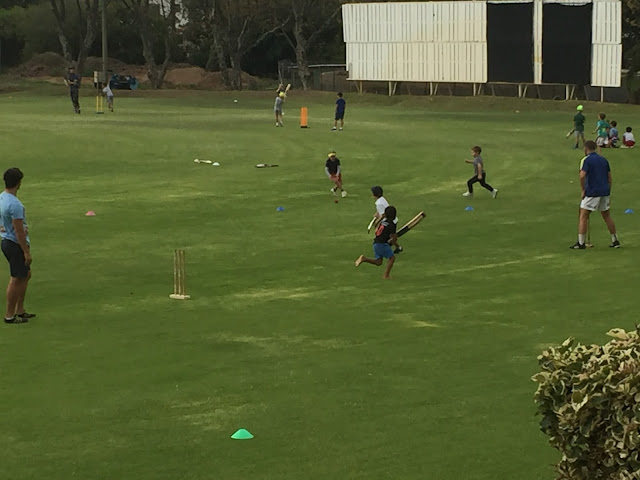 The finals lasted the morning, leaving us time in the afternoon to visit the Cape Town waterfront, including the newly opened Museum of Contemporary African Art and the aquarium. It also provided a chance to write some postcards and wander about in the shops. 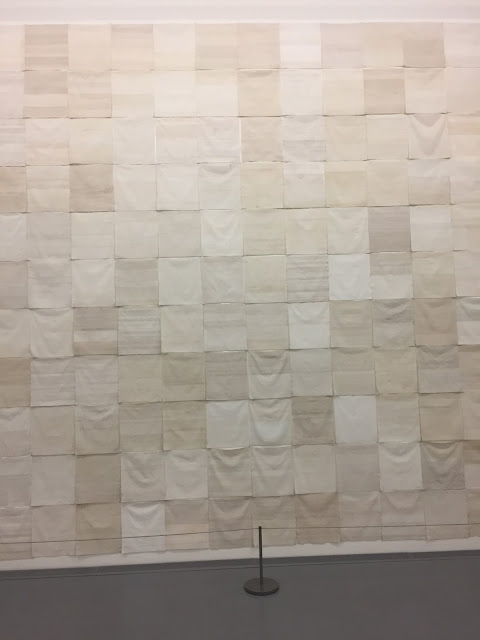 Beadwork: One can hardly believe the number of beads in this installation. Thousands in each square. 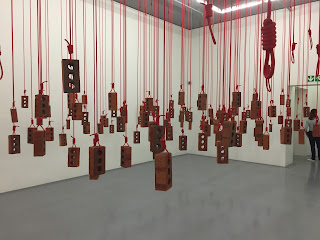 At the end of the day, we repaired to Bishop's again, for dinner, seeing another great sunset along the way. 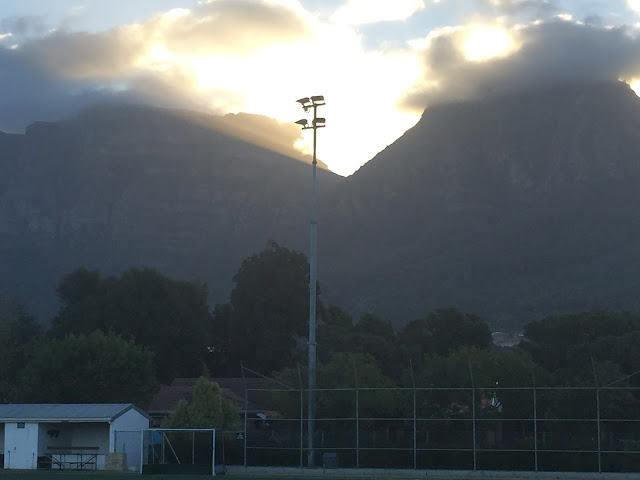 Saturday morning dawned. We got to sleep in, meaning that breakfast was at 7:45 instead of 6:45.  The speakers for the afternoon's grand finals  were announced, and we took a bus for Hout Bay, for one last bit of sightseeing. 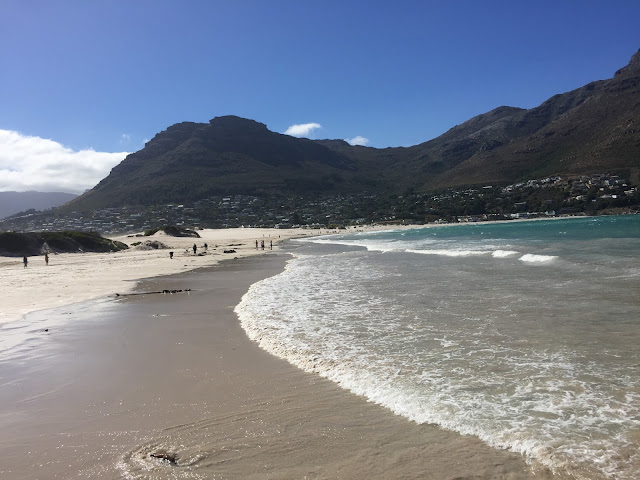 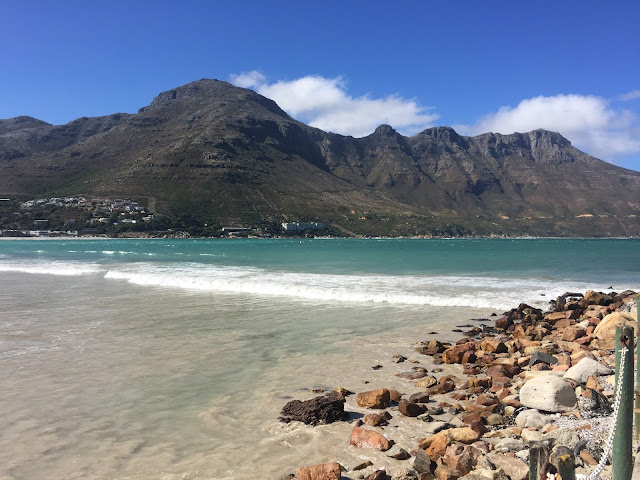 Then it was back to the hotel to dress for the grand finals and the dinner following. Only two Americans made to this stage, and they faced off against each other in the Impromptu event. Listening to these speakers was a real treat, and instructive to anyone who watched. The winners in every category were polished in their delivery. 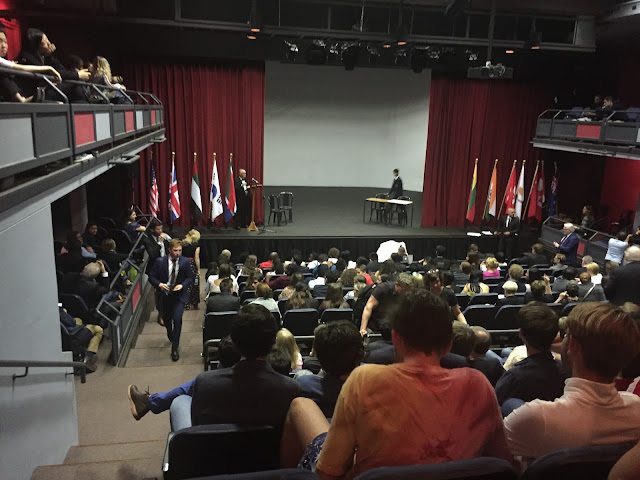 At the conclusion of the last event, we boarded our buses and headed for a farewell dinner and awards ceremony. Team USA did well, with four of our speakers placing in the top ten, a first, a second, and a third place finish in the individual events, and with the second place overall speaker, Andrew Steinberg from Roxbury-Latin. Our two speakers held their own against the field. Ellery finished in the top half of the competition overall, and finished 22nd in Debate. Patrick, who'd never competed in any of the speaking events before this tournament, finished 20th in Impromptu, and in the upper half of the third quartile, overall. Ellery and Patrick made many new friends during the course of the week, I did, too. We are sad to leave, but it is almost time to go. In any case, we need to get back to campus to prepare for our own speaking tournament, in only a week's time. Next year, the event takes place in Toronto, Canada. We hope to return. 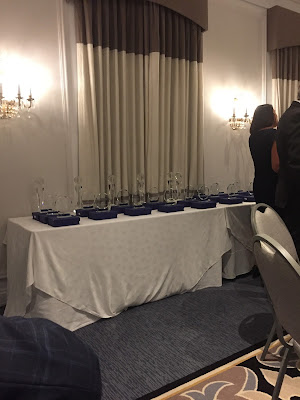 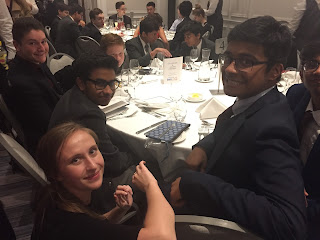 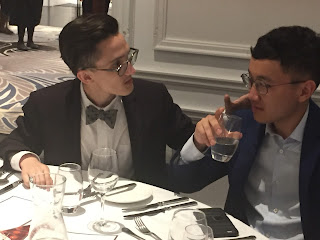