Today we woke up in Tangier, excited for the turning point in our journey: the crossing to Spain! 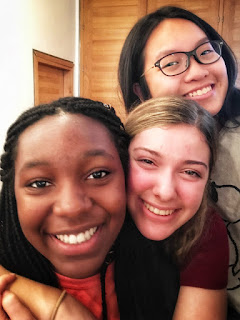 Before leaving Tangier, we visited the King Fahd School of Translation, where we heard several presentations on Moroccan history, international relations, and economy.  Many students from the school joined us to listen to the presentations, and afterwards, we had some time for an exchange with them.  The conversations our NMH students have been able to have with local students (both here and at the American Language Center) have been some of the highlights of the trip so far. 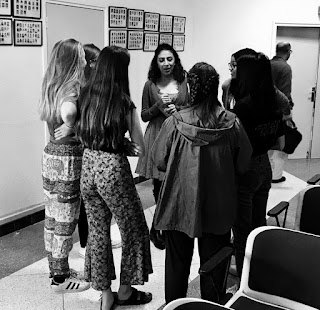 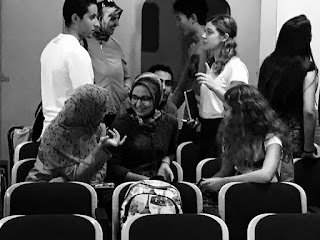 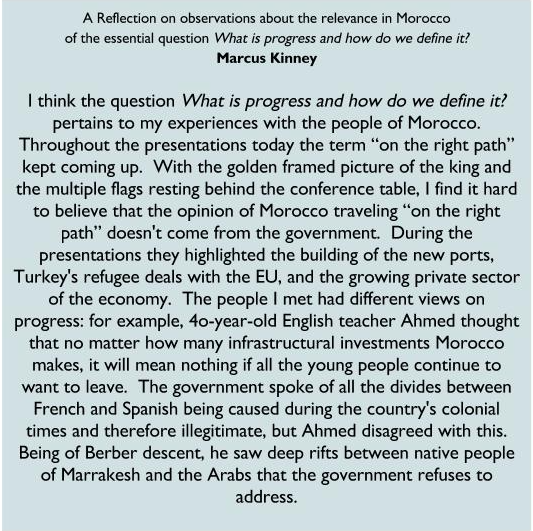 And then it was time to say a fond goodbye to Tangier and Morocco! 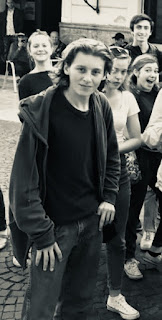 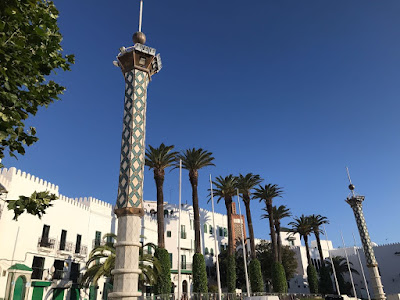 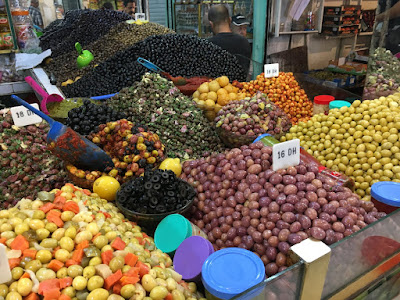 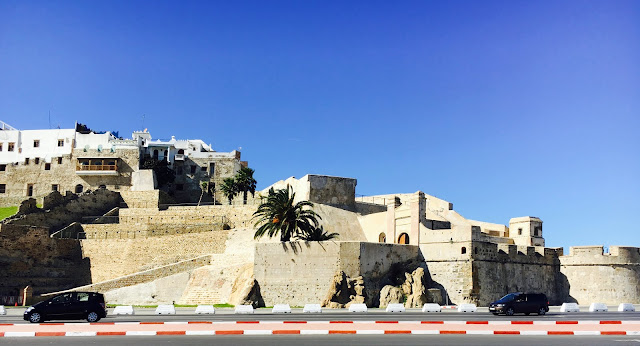 There was some waiting around at the ferry terminal, including several rounds of passport control and bag scans, then a long schlep to the dock to embark.  Some of us were a little weary by the time we got on the boat. 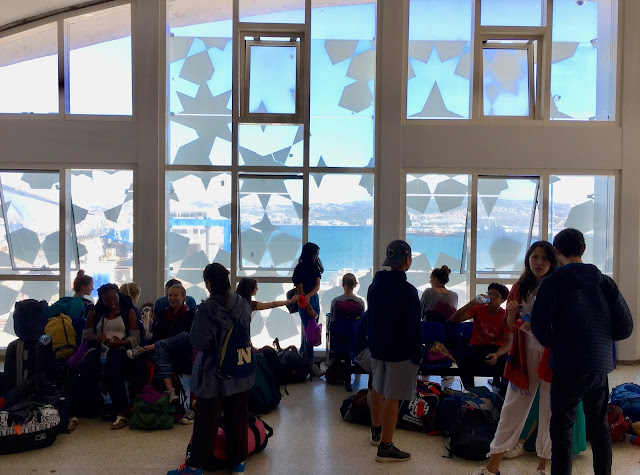 But we were soon revitalized: the sea was beautiful!  We saw dolphins and fish and we watched the Moroccan coastline to the east, marveling at how nearly it reaches to Spain.  The entire crossing is only 14 kilometers. 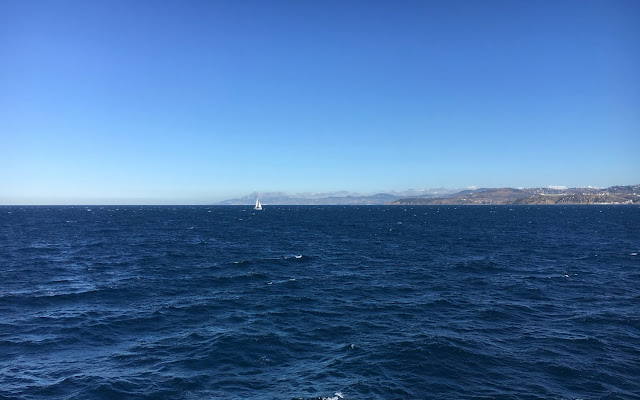 It was quite beautiful and exhilarating. 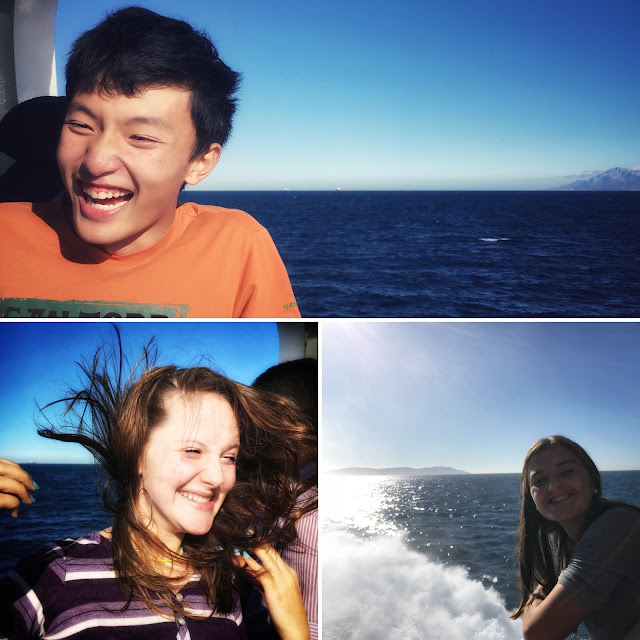 Once we arrived in Tarifa, Spain, we boarded the bus for the long drive to Seville.  We made a quick stop at a grocery store for potato chips and chocolate to sustain us.  Wahoo!  There was a lot of much-needed napping on the bus ride.  We arrived in Seville after dark.

...where Raheem was waiting for us!  He wrapped his UPenn conference and flew in to meet up with us for the rest of the trip.

Everyone was very excited to see him!

We took some time in the evening before bed to brief him on what we'd experienced so far. 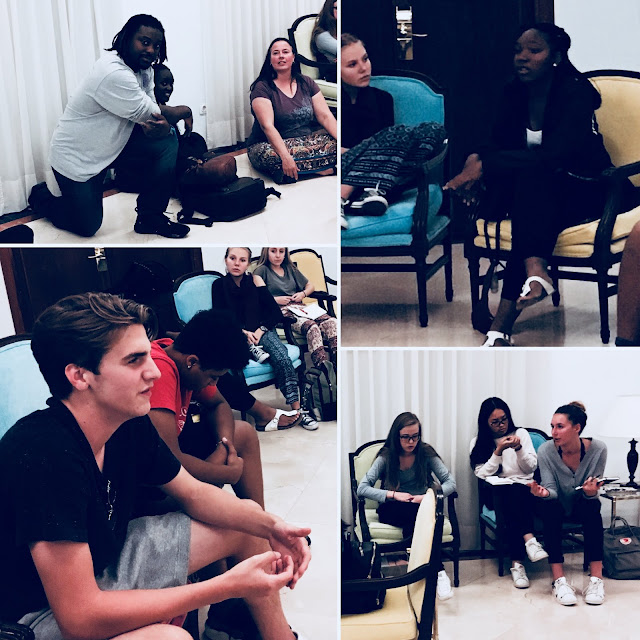 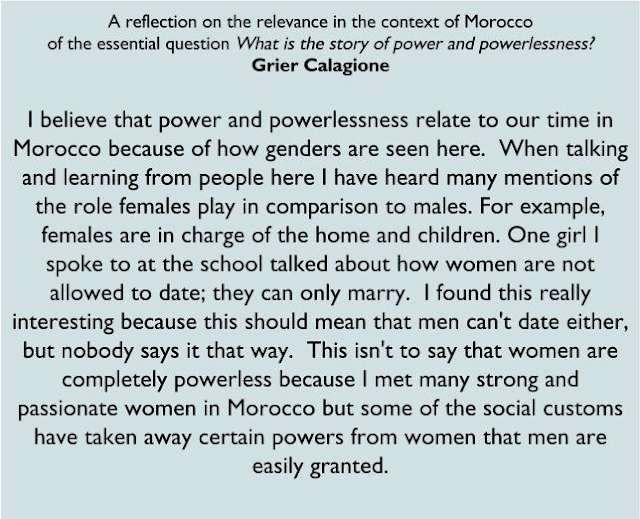 It's hard to believe it, but we've already made it to the Spanish leg of the trip.  We're so glad to have Raheem with us for the next phase.  Onward!