My final week at Scots College was a bittersweet feeling. Although I was able to go home for the rest of the summer, I had to say goodbye to all the friends I made over in New Zealand. My final week was also my busiest, but very well the most memorable. I had the privilege to meet the headmaster, Mr. Yule, who I learned knows Meg Donnelly and Glenn Minshall. After a bit of speaking about my experience at Scots, he wished me well and sent me off with a few generous gifts. 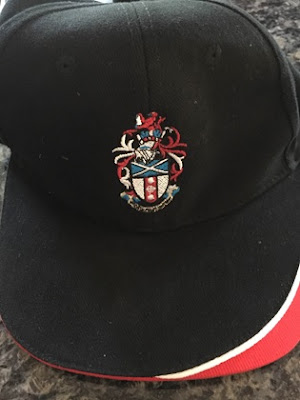 My favorite moment at Scots College was watching the Rugby First XV, even though I had never seen a rugby game before in my life. It was particularly memorable because of how fun it was to watch. It was like watching football at a faster pace. Although I didn’t know the rules of the game, it was still fun to watch and support Scots College. I also went to a couple other sports games and supported the school, such as a soccer game and a basketball game. I also saw the NBA center for the Oklahoma City Thunder, Steven Adams at the last all school meeting, less than a week after they exited the playoffs.  Also at that meeting where I saw him, I was awarded the Scots College pin for my blazer by the principal of the Senior School, and Mr. Yule.

In my last few days, I said goodbye to everyone I had met at Scots, packed my bags, and finished anything I still needed to do. I was driven to the airport by the Boarding Master, Mr. Hall, who wished me off well. It was at this point that I wished Wellington goodbye, and got one last stunning view from the plane. 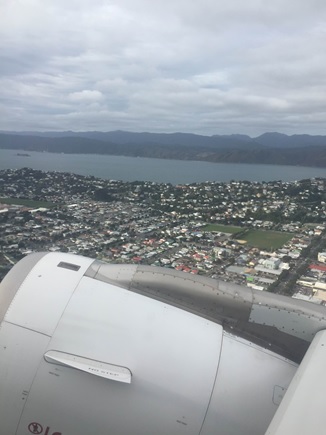 My flight was good for the most part, except for a few babies on the plane from Houston. Air New Zealand was a great airline, and their safety video is absolutely amazing, well worth a look up. Being that New Zealand isn’t too different, coming back to the US wasn’t too hard. One thing I did notice was that the food was much sweeter. Other than that, I was able to come back with no problem.

My final week at Scots College was the best, and the busiest. The Scots College exchange was a special experience, and it allowed me to see a brand new country, in a great city with great people around me. It allowed me to learn new things at a relaxed pace and intensity, and more importantly, live in a country other than the US, and experience a new culture, which is a once in a lifetime opportunity.