As part of the Wantman Family State of the World speaker series, the NMH community was treated to a talk from National Geographic photographer Alison Wright on Wednesday night. Ms. Wright has traveled around the world, with a focus on "human rights issues and documenting the traditions of changing cultures around the world." In 2013, Ms. Wright was named the National Geographic Traveler of the Year for her work.

Charlie Yoon '16 (Seoul, Korea) was thankful to be in attendance, as he enjoyed hearing about "her life in photo journalism and some of the experiences, like going to Tibet, tragically getting hit by a bus in Laos, and then climbing Kilimanjaro." It was eye-opening to have her "go through her photos and explain the stories behind them."

Henry Nowland '16 (Atlanta, Georgia/Buenos Aires, Argentina) thought it was "incredibly interesting to see her photographs and hear the stories of the human condition around the world. Through her work, we got a glimpse of what life is like in the most remote regions of countries from Laos to the Congo, and even inside the USA. I came out of her speech with an urge to travel to those areas myself."

Farah Omer '15 (Hargeisa, Somaliland), "admired how as a journalist and a storyteller she made sure to tell the stories of those she photographed as they wanted her to tell them. She was dedicated to her work that she risked her life many times, and as a young person I was amazed and inspired by her tenacity."

For Allie Stamler '16 (Brattleboro, VT), "Alison Wright was phenomenal on Thursday night! She gave us a look into what her life as a traveling, humanitarian photographer has become. She has traveled to over 150 countries has founded an organization that helps the people she meets and many more. She continued to open up and tell us about how she has come very close to death many times (typhoid, malaria, trampled by a horse, hit by a bus, and many more) and how although she has been told that she will never walk again more than once, she recently hiked Mount Kilimanjaro. She fit so much of what she loves in to her life between the ages of 19 and 40, and it was truly an inspiration to hear her tell her story."

Eve Pomazi '17 (Brattleboro, VT), was also struck with Alison's accomplishments. "Alison Wright clearly had a pretty unconventional life. The fact that she was involved in a horrible car crash, climbed Mount Kilimanjaro two years after, had typhoid and malaria, was trampled by a horse and attacked by monkeys, and received a rabies shot afterwards just as she was flying into an Ebola stricken area proved that she is a woman of resilience and ingrained with a deep passion for her work to be able to get back up again behind her lens and keep capturing unseen moments.

Another quality I was drawn to during her presentation was her self confidence. She stood up there and told it like it was, without a care in the world whether she sounded boastful. That is something I really do admire, because I find myself trying to measure up to other people, and its sort of a breath of fresh air to see a woman in her field who knew she was the best and fearlessly worked towards her goal. It would be really interesting to stumble across her work one day and be able to say, 'Hey, I met her! And let me tell you about this woman's life...'"

Thank you for joining us this week and enriching our campus, Ms. Wright. 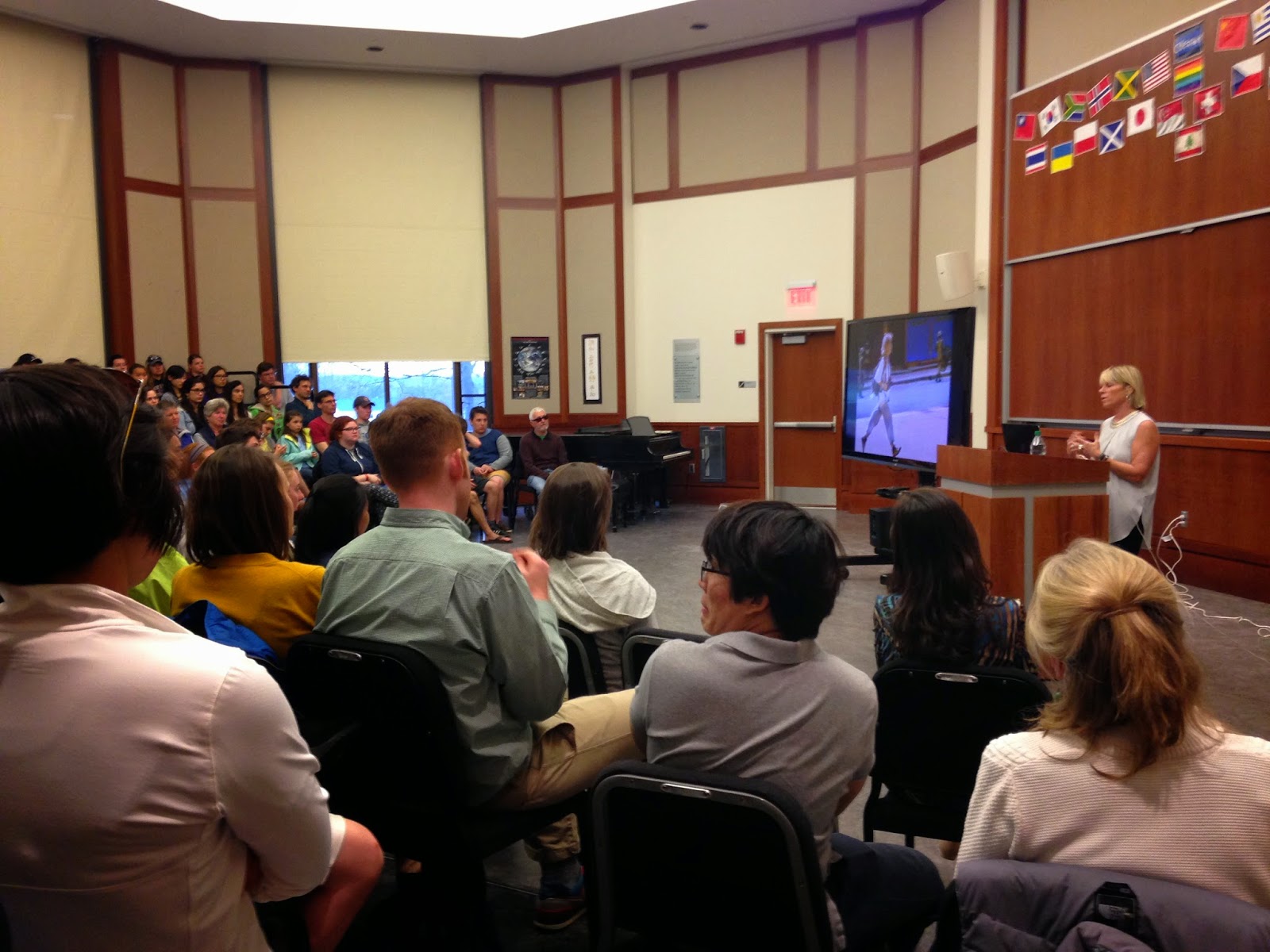 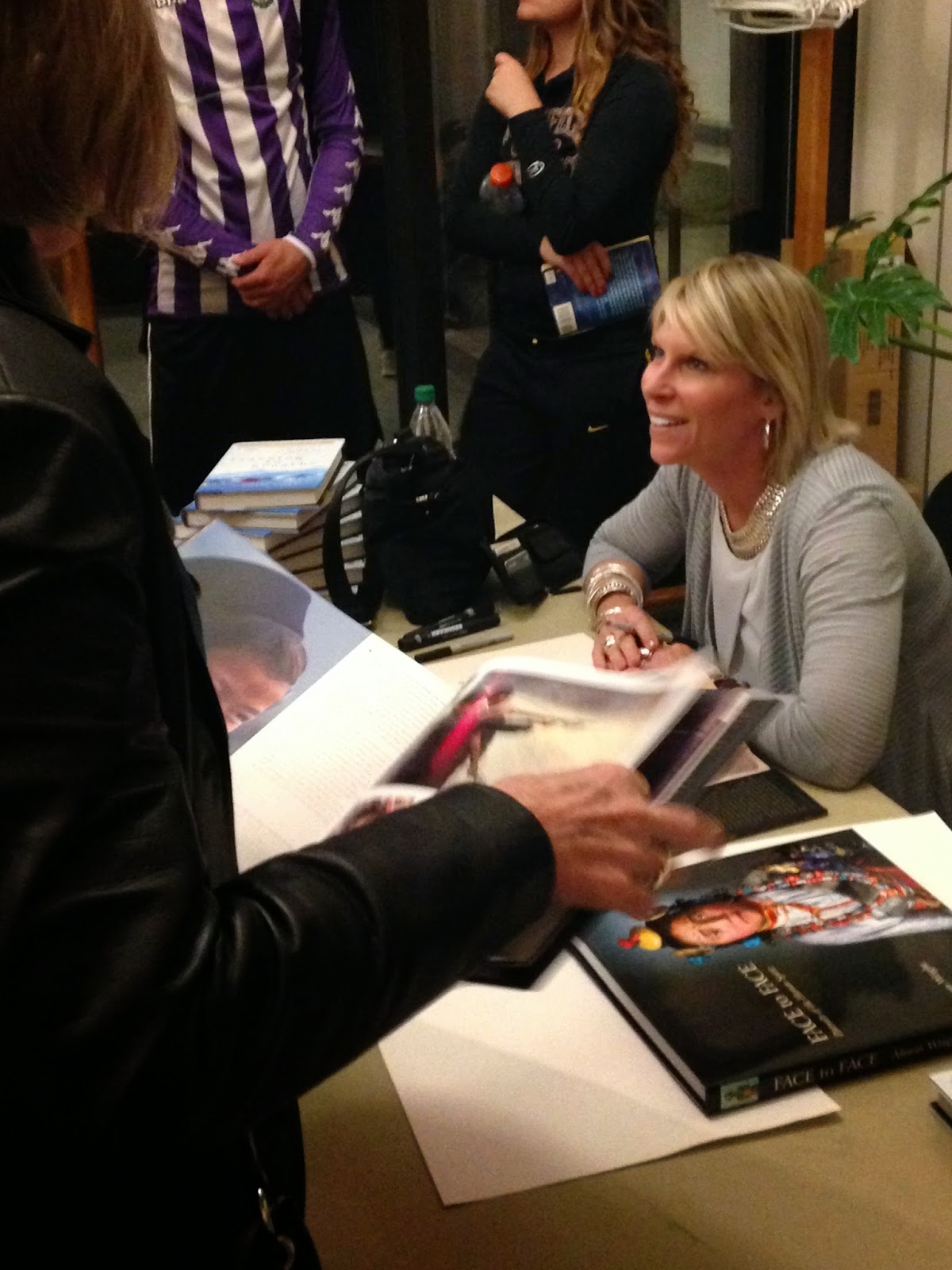